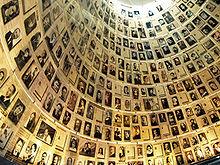 WE WERE at Yad Vashem, Israel’s memorial to the Holocaust in Jerusalem. The “we” were my wife, Karen, and my two children, ages nineteen and twenty-one. We had decided to make the pilgrimage on our last day in Israel, and like so many visitors, we walked through the memorial in a kind of stupor of horror. Display by display, we saw the documented history of the murder of six million Jewish people. Ghetto by ghetto, we witnessed the vile efficiency of the Nazi project. It was one of the most relentless indictments of human cruelty we had seen—and, in the end, as we stepped out into the light and onto a plateau overlooking in the distance the massacre site of the former Palestinian village of Deir Yassin, it also felt like an enormous betrayal.

We had not expected to be in Jerusalem, or at Yad Vashem. Our trip began in late December 2009, in Cairo. We had decided to go on the Gaza Freedom March with 1,400 others and try to get into besieged Gaza. Our goal was to break the siege that Israel had imposed and demonstrate to the million and a half Palestinians imprisoned in that small strip of land that they were not alone. Our hope was to help bring worldwide attention to Gaza and the unlawful, punishing blockade of its people.

We did not make it into Gaza; nor did almost anyone else from the Gaza Freedom March. Sadly, the Egyptian government (presumably in cahoots with Israel and probably the United States) refused to let us through the Rafah border entrance in Sinai. So instead, after some three days of joining in the militant efforts of the Gaza Freedom March to change Egypt’s recalcitrance—we joined demonstrations everywhere—we decided to go to Jerusalem and the West Bank to witness the occupation in those parts.

I had been to Israel twice as a child, once in the mid–1950s and once in the early 1960s. In those early days, I had no political consciousness whatsoever. I had no thought that the land I was walking on—which I assumed was where my distant ancestors had walked—had just a few years earlier been populated by another people. I did not know about Palestinians and was never told about them.

For me, my trips to Israel were all milk and honey, and I have wonderful memories of my childhood spent in Herzliya, Tel Aviv, Jerusalem, and Eilat.

On this trip, fifty years later, I knew a lot more. Or I thought I did. Nothing really prepared me for the apartheid state that was laid out in front of me, and that should be apparent to anyone who opens his or her eyes. Checkpoints, a pass system, segregated roads, Jewish-only cities, and the expropriation for Jews of large swaths of Palestinian land. My entire family was shocked and shaken. It was all so intentional, so cruel.

Hebron was an armed camp, with watchtowers overlooking the areas where a few Jewish settlers had ousted Palestinian families that had resided there for generations. The Palestinians that remained in those areas faced constant harassment from the settlers; even small Jewish children could throw rocks with impunity at Palestinians.

Those Palestinians still living in districts where settlers had moved were, unlike the settlers, no longer allowed to drive cars to their homes. They often had to walk over a mile to get to their homes, and take food and other necessities in by mule.

Our host had a head full of scars from the times he had been attacked by settlers hurling rocks. The open-air markets were covered with protective wire mesh that was filled with bottles and garbage that had been thrown by the settlers who overlooked the markets.

We went to Jenin, some two hours from Jerusalem, passing checkpoint after checkpoint. We visited the refugee camp that had been so devastated by Israeli soldiers a few years before. We spent a few days in East Jerusalem, joined a demonstration against evictions going on in Sheikh Jurrah, and saw the open and notorious gobbling up of East Jerusalem and its environs by Israel.

We saw Palestinian houses demolished in neighborhoods that Israel had designated as “Area C”—areas that were to be purged of Palestinians and placed under complete Israeli control. This was despite the clear illegality of expropriating lands taken by conquest. It was devastating, and it was appalling.

We had one last day to spend in Jerusalem before our late-night flight back to New York City. For a few days, I had said we should visit Yad Vashem. But I did not insist on seeing it. I was ambivalent about the visit for myself and my family.

This was not because I did not care about the Holocaust. I cared deeply. I was born in 1943, during the height of the murders. My family lost many, many relatives in Tykocin, Bialystok, and Vilna.

My father had been responsible for resettling hundreds of survivors, and growing up with people who had numbers tattooed on their arms was part of my childhood in Cleveland. Trips to the killing camps in Europe were a rite of passage. My work as a human rights lawyer stems directly from heeding the admonition “never again,” whether that never is for Jews or any other people. In later years I made pilgrimages to Holocaust memorials in New York, Washington, D.C., and Berlin.

I had been to a very different Yad Vashem in West Jerusalem in 1956. As I recall, it was in a dark, cave-like place where one could almost reach out and touch lampshades made from human skin and soap from human fat. The Holocaust and its horrors remain part of my being.

So why was I ambivalent? We had just spent three days trying to get into Gaza and five days exploring the treatment of Palestinians by Israel. Would visiting Yad Vashem somehow justify, if not for me, for my children, some of what we had just seen? Would it make the case for a Jewish state in Israel?

The need for protection from another Holocaust was a key founding narrative of Israel. My generation was raised on that narrative: Israel was necessary to save the Jewish people—then and in the future. Wasn’t that the very reason for having the major Jewish memorial to the Holocaust in Israel, at the foot of Mount Herzl, a mountain named after the founder of Zionism?

At the same time, I trusted my family. They had just seen an apartheid state up close, had met refugees from 1948 and 1967, seen the taking of others’ lands, and seen the oppression of Palestinians in Hebron and Jerusalem. So we took ourselves, on a beautiful, sunny late morning in January, to Yad Vashem.

For my children, it was one of the first times they had immersed themselves in the history, documents, and words of the Holocaust. They spent hours listening to the testimony, viewing the videos, and asking questions.

Occasionally, there were references to Zionism, as it was part of the history of Jews in Eastern Europe, but it was not until the end of the formal exhibits that the “logic” of connecting the Holocaust to Israel was made explicit. “Hatikvah” (The Hope), Israel’s national anthem, was the musical theme at the end of our journey through Holocaust history, making explicit the founding narrative.

We then went into the Hall of Remembrance, a large rounded space with a deep pit carved out of its center with its walls lined with volume after volume of the names of the murdered. Off to one side is the computer room with a database of the names that are known.

My children immediately went to the computers and looked up our murdered relatives. Many had died at Auschwitz. Others were killed in the 1941 massacre in the Lopuchowa forest in Tykocin, Poland, where three thousand men, women, and children from that village dug their own graves and were murdered by the einsatzgruppen; others died of typhus within days of liberation from the camps.

As we left the museum, with its triangular, elongated, windowless, and cold concrete structure, we walked toward the picture window at the end and out onto a terrace overlooking the hills of Israel—again the narrative, from the Holocaust to Israel.

As saddened and horrified as we were by what we had just experienced, we were all struck by the contradiction of having the museum in Israel, a country forged out of the theft of other people’s land and homes, a nation whose treatment of Palestinians had echoes of what we had just seen: walled-in ghettos, stolen houses and land, a segregated population.

It was an irony not lost on my family. Yad Vashem should be a history lesson for us all, but it is a lesson that seems to be lost on many of the very people who were its victims.

Despite the power of Yad Vashem, I felt robbed by my experience there. I felt manipulated. It is not that the history it told and the pain it conveyed were false, or that I felt distanced from the horror of the Holocaust.

But the powerful narrative of the Holocaust that the museum was trying to make me accept, or at least justify, what was unacceptable: the apartheid state that is today’s Israel. In this narrative, the Holocaust is used to ask us to wash away the sins of the occupier. By so doing the Holocaust is diminshed.

The visit to Yad Vashem gave me some perspective on his doubts. He implicitly understood that it was the narrative of the Holocaust that was used to justify his victimization and the refusal of much of the world to do anything about it. His way of dealing with it was to reject the claimed justification for his oppression.

These words have been hard words to write. It does not come easily to me to raise questions about a memorial to the most horrific event in Jewish history. But I do not accept that Jewish sorrow should be used to hide or justify the sorrow of others. To truly remember and honor the lessons of the Holocaust would be to end the apartheid system that is the Israel of today. That would be a day of Hope.

Revolt in the Middle East: Another world is possible