In ISR issue 99, Andrew Ryder wrote an extensive review of Louis Althusser’s book, On the Reproduction of Capitalism: Ideology and Ideological State Apparatuses. In ISR 102, Jordan Humphreys wrote a critical response. In this letter, Andrew Ryder offers a reply. 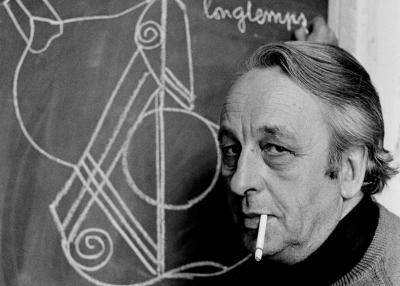 I appreciate Jordan Humphreys’ participation in this debate, while remaining unconvinced by his wholesale rejection of Althusser. First, it is peculiar to me that Humphreys presents Georg Lukács as a foundational figure for the Marxist philosophy of ideology, inasmuch as Lukács was anti-Bolshevik until 1918 and very much a Stalinist after 1929. Even in his very late work on democratization, Lukács reiterates his skepticism toward Trotsky. It seems to me, then, that any defense of Lukács’s philosophy must be very partial, and in this case it seems a double standard is applied to Althusser.

Moreover, Henri Lefebvre’s remarks on the Stalinist USSR’s need to eliminate the notion of alienation seem outdated and limited in their historical accuracy. In fact, Khruschevite thinkers were happy to employ an alienation-based theory of ideology, particularly leaders of the French Communist Party  such as Louis Aragon, Roger Garaudy, and Waldeck Rochet. All of these Stalinist authors emphasized alienation, and Althusser’s polemic with humanism and the theory of alienation was primarily directed towards them. Moreover, the Yugoslav Constitution of 1963 explicitly stated that “man’s alienation” was to be abolished by the state’s ownership of the means of production. For these reasons, I think that the rhetoric of overcoming alienation is fully compatible with the practices of socialist parties. In contrast, Althusser’s ideas were never adopted in any way by any of the leaders of Stalinist states, and his influence was entirely confined to oppositional currents. To me, this suggests that his ideas may contain value outside the inheritance of Stalinist distortions.

On a philosophical level, while I find Lukács’s ideas in History and Class Consciousness impressive and worthy of serious consideration, his belief that capitalist society is reified according to the logic of commodity fetishism presents certain difficulties. For example, this framework makes it very difficult to think through the conditions of social reproduction, such as care labor and domestic work, which do not produce exchange value. Lukács’s theory of totality tends to erase the distinction between the labor of the formal economy, on the one hand, and reproductive work, on the other. Althusser, in contrast, presents capitalist society as structured in dominance by the production of surplus value, but preserving realms of practice not entirely subsumed within it. This is one reason why his work proved to be so valuable for contemporary socialist feminists, such as Lise Vogel and Martha E. Gimenez.

Regarding the persistent charge of elitism, it seems to me that Althusser simply insisted on the indispensable role of the party and reiterated that there could be no revolutionary movement without revolutionary theory. These are simply principles to which any Leninist philosopher must subscribe, and I do not think that there is any serious disagreement between Lukács and Althusser on this point. (In fact, Althusser credited the value of Lukács’s book on Lenin.) Jacques Ranciére’s rejection of Althusser coincided with his rejection of Lenin, so I do not read his criticism as one that is grounded in the Marxist tradition.

If anything, Lukács’s emphasis on the centrality of commodity fetishism actually might tend toward giving greater primacy to intellectuals than Althusser’s philosophy does. While Lukács believed that the standpoint of the proletariat was crucial, this requires familiarity with Hegelian dialectics in order to overcome reification, which certainly requires extensive familiarity with philosophy. This insistence on commodity fetishism has tended to provide the basis of a whole trajectory in Western Marxism, from Theodor Adorno to Michael Heinrich that is largely quiescent and theoreticist.

In contrast, Althusser posited a class instinct inherent in the proletariat and evidenced by class struggle—his claim was that this needed to be harnessed by a unified party. Althusser’s theory does include an understanding of why workers can be made to act politically in contrast to their material interest: His theory of interpellation is that each individual is produced as a subject by institutions that maintain nationalist ideology (and other varieties of chauvinism) and that these mechanisms cover up class struggle. He does not believe that workers can spontaneously overcome this ideology entirely on their own, but he does believe that class struggle can spark the creation of a new apparatus capable of organizing the working class into a new form of activity, ultimately one that can counter the bourgeois state. His claim is that the experience of class struggle alongside the understanding of Marxist theory can create political practice and revolutionary potential, and I think that this is a Leninist thesis. He believed that this struggle would take place within ideological apparatuses, such as the educational system, as well as at the point of production. It seems to me that the relative importance of political action in the sphere of reproduction is in line with his insights, and does not rely on any elitist presupposition.

The importance of the party in Althusser’s thought certainly requires an account of his critique of Stalinism, most explicitly developed in his “Reply to John Lewis.” Althusser rejects the explanation on the basis of “cult of personality,” and instead understands Stalinism according to its economism and productivism, which he describes as the “posthumous revenge of the Second International.” However, it is true that Althusser failed to give a sufficient historical materialist explanation of why this deviation happened, and if he had done so this would have vitiated his defense of the doctrine of socialism in one country. In fact, his limited criticism of Stalinism should be extended and supplemented with the historical analysis provided by Trotsky and the Trotskyist tradition. Althusser was correct that the Stalinist deviation could be corrected; his error was to believe that this could take place within the French Communist Party, rather than necessitating a new and more truly Leninist formation.