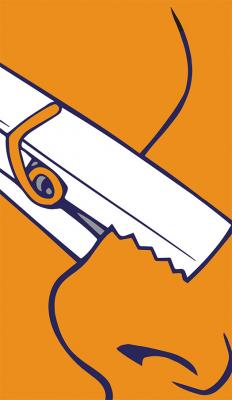 This issue of ISR comes out at a time of political, social, and economic volatility throughout the world: civil war and sectarian violence in the Middle East, social and political polarization in Europe, a contentious election in the United States along with renewed activism around the Black Lives Matter movement, and the growing global threat of renewed economic recession, to mention only some. This issue examines three aspects of these multiple crises—the economic crisis, the Middle East turmoil, and the US elections.

Lee Sustar and Joel Geier examine what has happened to the world economy since the 2007-09 Great Recession and discuss the forces at play that are leading the world into a renewed period of crisis after only just emerging from the last one, despite trillions of dollars of stimulus. As the authors write, “It is a looming crisis that classical Marxist economic theorists would recognize: breakneck competition to build the most technologically competitive factories, a flood of credit to finance the scramble for profits, followed by drop in profits as ever-greater investments yield proportionately smaller returns as too many goods are produced to be sold at a profit.”

Anand Gopal, journalist and author of the award-winning book No Good Men Among the Living: America, the Taliban, and the War Through Afghan Eyes was recently on assignment in Iraq. In an insightful and clear interview, Gopal traces the roots of ISIS in the conditions created by the US invasion and occupation of Iraq.

Deepa Kumar’s piece on “Imperalist Feminism” discloses how claims of “liberating women” have long been used to justify Western intervention, from the beginnings of imperialism through to the present. Kumar, the author of Islamophobia and the Politics of Empire, concludes that women’s liberation will come from building a “transnational solidarity that is based on a rejection of neoliberalism and empire.”

As we were about to go to press, Bernie Sanders announced the end of his campaign and his support for Hillary Clinton as the presidential candidate for the Democratic Party. The article by Lance Selfa, written before this (anticipated) development, is not a blow-by-blow analysis, but the drawing of a balance sheet from which key lessons can be drawn for the Left regarding the two-party system in the United States in general, and the role of the Democratic Party and the Left’s relationship to it in particular.

For those who may have illusions in what Hillary Clinton represents, or simply want ammunition for discussions with those who do, Socialist Worker writer Elizabeth Schulte’s feature review of two new books on Clinton is a good place to start.

There are a number of other reviews of note, including Charlie Hore’s review of China on Strike, which is followed by a short interview with two Chinese workers who are at the center of the book; and Michael Roberts’s review of two new books on micro- and macroeconomics by Ben Fine and Ourania Dimakou. Roberts runs a useful blog in which he comments on both current economic questions as well as weighing in on serious theoretical debates. He is the author of The Long Depression: Marxism and the Global Crisis of Capitalism.

For those interested in following the renewed interest and debates over the legacy of Louis Althusser, Australian socialist Jordan Humphries offers a reply to Andrew Ryder’s review of Althusser’s On the Reproduction of Capitalism: Ideology and Ideological State Apparatuses in ISR 99.