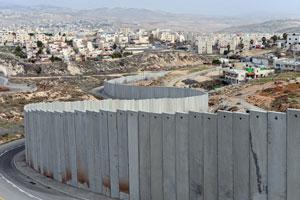 DECLARING THE death of the two-state solution in the Israeli-Palestinian conflict has become increasingly fashionable among growing sections of both right- and left-wing currents of Palestinians and Israelis. The late Palestinian intellectual Edward Said was one of the first to propagate this notion in his essays on the failure of the Oslo accords and on binationalism. Since then, and in the wake of a second Palestinian uprising, a unilateral Israeli redeployment from the Gaza Strip, a vicious one-sided Israeli war on the same territory, and a comatose negotiations process, it’s little wonder exasperated observers and participants are increasingly declaring the two-state solution dead, while kindling the search for alternatives.

Rachel Shabi follows this trend in a recent Guardian commentary:

We could argue over who killed it, but what’s the point? It’s increasingly obvious that a continued insistence on zombie peace talks between Israelis and Palestinians is deluded, because the two-state principle framing them is dead. To précis: it’s now impossible to remove half a million Jewish settlers and infrastructure from the occupied West Bank and East Jerusalem; the international community is opposed to settlements on paper but does nothing in practice, and after 19 years of failed two-state talks, the fault plainly lies in the plan, not the leadership.

It is ironic to be in a position of arguing against the logic of this article, given that I have never supported the two-state solution. Like many Palestinian refugees and their descendants, my criticisms of it are embedded in the fear that a “two-state solution” has always represented an unacceptable moral and territorial compromise that would not resolve the core issues for the Palestinian people and its national movement—the events of the 1948 nakba, which were the primary reason for the creation of the Palestine Liberation Organization (PLO) in 1964, three years before the 1967 occupation.

Moreover, recognition and preservation of the Zionist nature of Israel in a two-state solution retains Israel’s sovereign right to determine its demography and immigration policies, weighing these in favor of its declared aim of “maintaining a Jewish majority.” This would not only spell the implicit rejection of the right of Palestinian refugees, as guaranteed by international law, to return, restitution, and compensation to the land and homes from which they were expelled or fled in 1948. It would also give a green light for Israel to accelerate its delimiting of the rights of Palestinian citizens of Israel, or perhaps even expelling them. After all, how would Israel maintain a “Jewish majority” if Arab population levels within Israel were eventually to eclipse its Jewish counterparts due to higher birthrates?

In this regard, the nature of Palestinian support for a two-state solution has consistently been misrepresented by advocates of the two-state solution, and interpreted to mean that Palestinians would be prepared to give up their right to return to historical Palestine in exchange for a state. But opinion polls consistently affirm that Palestinians remain uncompromising on this issue, with even the lackluster leadership preserving this demand. Nonetheless, it is equally understandable that there is Palestinian unanimity around the principle of ending the brutal military occupation that has governed their lives in the Occupied Palestinian Territory (OPT) for forty-six years.

Irrespective of this confusion around the Palestinian position on two states, the logic embedded in the latest two-state obituary writing is dangerous, uninformed, and carries within it the seeds of future conflict, not binationalism or peace.

Those who participate in and emerge from a progressive tendency (I am here putting aside the cynicism of right-wing triumphalists) tend to rely, like Shabi, on a variant of the impracticality argument. The number of settlers and the breadth of the settlement project since 1967 supposedly make it impossible for decolonization to occur. Somehow a magical threshold of irreversibility has been crossed, such that an implicit logic has taken root that argues that a greater injustice would be done by implementing decolonization of the OPT and the stablishment of an independent Palestinian state, than accepting the reality created by Israel’s settlement map.

But this position is baseless practically, morally, historically, and politically.

It is helpful to recall that the decolonization of French Algeria entailed the removal of 800,000 pied-noirs in the early 1960s. With roughly half a million Jewish settlers in the OPT, we are still far from such numbers. But perhaps more fundamentally, this step is regarded as having been necessary for ending the brutal Algerian war of independence and addressing the moral questions associated with the French colonial enterprise.

But focusing on historical precedents is equally deceiving as it leaves the debate within the realm of practicality. Was it practical to move half a million Jews to the OPT to begin with? The majority was implanted there on stolen land, using brute force, and against the rights and protests of the indigenous inhabitants. Israel is based on impracticability, but this has not stopped it from attempting to create a Jewish state, based on biblical notions of return and chosenness—notions that should be anathema to a secular Jew, let alone a Palestinian. It is the responsibility of Israel and its Western backers, not Israel’s Palestinian victims, to bear the burden of practically and financially determining what to do with Jewish colonists.

There is also a deeper moral and political issue at stake here. Have the two-state obituarists considered the moral implications of accepting the “victory” of Zionism and its settler colonial past and present for the principle of refugee rights? For the history of colonialism and colonized people? For the logic of “might makes right,” which international law is supposed to protect against? We know that “might made right” in the bloody history of Western colonialism in places such as the United States, Australia, New Zealand, and Tasmania. But do we wish to replicate this in the case of Palestine? Here history would not repeat itself as tragedy or farce, but as a calculated plan.

Progressives therefore have an obligation to demand the full decolonization of the territory occupied since 1967. This is a red line that upholds the basis of the struggle of the colonized against their oppressors, and creates a framework for moral supremacy based on the legitimacy of the right to self-determination of nations and the right to resist an oppressor. It is the colonizer that seeks the colonized to internalize defeat and the inability to do anything against overwhelming force.

But demanding this does not necessarily entail support of the two-state solution. Acquiescing to the supposed “success” of Israeli settler colonialism in the OPT undermines the basis of the moral struggle and is hardly a platform for believing that the one-state solution de facto created in its wake, would be a situation of equality or reconciliation. On the contrary, failure to redress the post-1967 wave of Israeli war crimes—yes, settler colonialism is a war crime—creates even less leverage to demand a just redressing of the larger war crimes committed by Israel in 1948, and the apartheid reality to emerge across historic Palestine. On the contrary, acquiescence to Israeli settler colonial supremacy provides no guarantees that Israel will end its colonialism in a one-state reality. It may only serve to speed up the consolidation of apartheid and ethnic cleansing on both sides of the green line.

While many in the West have become increasingly aware of the mass expulsions Palestinians experienced during the creation of the state of Israel (estimated at more than 750,000 persons), fewer are aware of the continuing dispossession since then. According to estimates, Israel has dispossessed Palestinians from their land through a complex variety of military and bureaucratic means: with roughly 35,000 to 45,000 dispossessed between 1949 and 1967; 400,000 to 450,000 in 1967; and hundreds of thousands more since the 1967 occupation as a result of house demolition, identity card confiscation, land expropriation, and settlement expansion, among other means. The total number of refugees and internally displaced persons Israel has created, together with their descendants since 1948, now totals at least seven million persons, out of a total Palestinian population of roughly ten million. This historical pattern is why Palestinians tend to refer to their predicament, not as one of occupation or even dispossession, but as al Nakba el mustamirra, the “continuous catastrophe.”

The consistently dispossessive nature of Israeli praxis toward Palestinians, rationalized by recurrent “security” pretexts, and embodied in key Zionist slogans of “another dunum, another goat” and “maximum land, minimum Palestinians,” is where progressives should begin when it comes to seeking solutions. Without challenging this consistent pattern of Zionist praxis, any solution (one state or two) will be doomed.

The elephant in the room, which commentators often fail to mention and editors often fear to publish, is that Israel acts as a facilitator of the Zionist project, whose full objectives have not been met: securing, consolidating, and legitimizing a Jewish state throughout the whole of historic Palestine. The existence of Zionist para-state organizations such as the Jewish Agency and the World Zionist Organization, and their active role in dispossessing Palestinians on both sides of the green line, is indication of the ongoing nature of this project. Israeli settlement expansion is hence not an unintended consequence of a state empowering vigilante settlers, but a state-sponsored project designed and implemented by both right- and left-wing Israeli governments.

The great fear that Palestinians harbor is that Israel’s settlements are not designed just to control land and fragment Palestinians, but represent the future operating bases from which the domination and potential expulsion of Palestinians would occur. This after all was the role played by Jewish settlements in the pre-1948 period.

The even greater fear is that Western imperial states would support this move at the end of the day, if such a situation arose. These states (the United States and Western Europe) already facilitate this potential by diplomatically, financially, and militarily backing Israel. Moreover, the United States under the Obama administration has even gone so far as to accept Israel’s self-definition as a “Jewish state,” even though this represents an extreme rightward shift of US policy. Here too, progressives need to remain focused on the indicator of Western imperialism’s support for Israel, as without a fundamental break in such support, Israel can continue to practice murder, torture, mass-detention, house demolition, settler-colonialism, state-sanctioned racism, and active and passive forms of ethnic cleansing, and basically get away with it.

In this regard, it is ironic that on the day Shabi’s piece came out, Israeli journalist Gideon Levy came out with another piece on the unapologetic, ultra-nationalist, and racist nature of Israeli Jewish society. He describes how public opinion polls show that a majority of Israeli Jews favor discrimination against Arab citizens, and would support the establishment of an apartheid regime in Israel if it formally annexes the West Bank. If these opinions are an indication of what to expect from a one-state reality, progressives should be seriously worried. Moreover, in the context of gross power asymmetries between Israel and the Palestinians, and the Arab periphery; and in an era of gravely destabilizing dynamics—from the Arab revolutions, to the Iranian nuclear question, to the competition to secure natural gas resources in the Eastern Mediterranean—grave skepticism and caution should be exercised before any quick conclusions are drawn.

Only a one-state reality—the product of social and political forces calling for equality and historical reconciliation—deserves to be considered. Unfortunately we are currently witnessing the lowest levels of such activity in the history of the conflict. So where does that leave us? Without recognizing and redressing the colonial essence of the Israeli state and its historical and present domination over Palestine, we are heading toward an Israeli-Western-steered catastrophe—de facto apartheid with fears of ethnic cleaning.