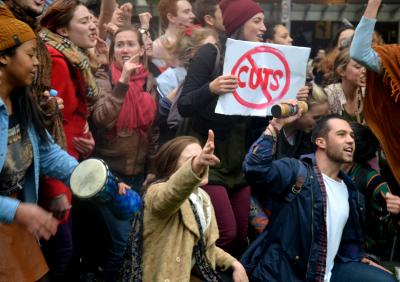 The second issue of the newly formatted ISR contains a number of articles as well as feature-length reviews.

There is a great deal of confusion, and debate, about the kind of organizations we need to challenge capitalism. These questions will only become more pressing as resistance against capitalism and its effects mounts throughout the world. In the cover article, managing editor Paul D’Amato surveys the theory and practice of political parties in the Marxist movement from Marx to Lenin. We hope this article—a chapter in the forthcoming new edition of The Meaning of Marxism—can contribute to this debate by providing some historical perspective that is sometimes lacking in these discussions.

Last year marked the fiftieth anniversary of the death of writer Sylvia Plath, and the publication of her most famous work, The Bell Jar; it also marked the death of the literary giant Doris Lessing. In “The Personal and the Political: Literature and Feminism,” Megan Behrent explores the emergence of women and feminist fiction writers like Lessing, Plath, Adrienne Rich, and Toni Morrison, whose works “gave expression to the political aspirations and rebellion of a generation of women who found their voice in the women’s liberation movement” of the 1960s and 1970s. Behrent’s article weaves together the relationship between literature, politics, and social movements in an important period in US history.

In “Reflections on ‘Prefigurative Politics,’” Sam Farber, a long-time socialist born in Cuba, offers his take on the new interest among activists in movements like Occupy in the idea that social movement organizational forms and practices should look like the “future egalitarian and democratic society” it aims to create. He is critical of this approach not only for the way in which it diverts activists from “strategic thinking,” but also because there are forms of struggle involving sometimes forcible clashes with existing powers, that do not and cannot prefigure a future society. He argues that prefiguration politics “bypass rather than confront the problems of democratic organization.”

We are also excited to be publishing an analysis of the left electoral party Québec Solidaire, “a well-established force in a shifting political landscape” of Québec, by one of its leaders, Benoit Renaud. QS is an important example of a handful of left political parties emerging as alternatives to the betrayals of communist and social democratic parties over the past decades. As Benoit writes, “Mass movements of resistance to austerity, oppression and imperialist war need to find a political expression, to converge into an attempt to change power (not simply take it) if they are to be successful and not always on the defensive.”

As part of an ongoing debate, we are also publishing a response by Charles Post, author of The American Road to Capitalism (Haymarket Books, 2012) to Neil Davidson’s piece in ISR 91—“Is There Anything to Defend In Political Marxism?”—which was itself a critique to a previous article, “In Defense of Political Marxism,” by Jonah Birch and Paul Heideman (ISR 90, May–June 2013).

Also, we would like to draw attention to several substantial feature-length reviews of important books. In “Global Empire or Imperialism,” Ashley Smith critically reviews Leo Panitch and Sam Gindin’s The Making of Global Capitalism. Smith argues that while “the book demonstrates how the American state spearheaded globalization and documents the dramatic impact of the neoliberal boom,” it also “underestimates the persistence of geopolitical rivalry between states in the world system today.”

Pranav Jani’s substantial analysis of Vivek Chibber’s Postcolonial Theory and the Specter of Capital finds much in Chibber to agree with, in particular the way in which it has “resonated with audiences who are tired of the postmodernist brand of radicalism, expressed in postcolonial theory and elsewhere, and those who hope to see a resurgence of Marxist ideas.” Jani, however, offers a somewhat different “understanding of the postcolonial theories origins, its trajectories, and its possibilities.”

Bridget Broderick reviews Kim Nielson’s new book on disability in the United States, which, she concludes, is an important contribution “to a growing body of disability studies and to labor history” that “is much needed and highly recommended.” Leia Petty reviews Daniel Bergner’s new book on the “science of female desire,” that joins several others “in challenging the idea that monogamy is natural and more desirable to women.” She concludes that the book, however, answers fewer questions than it raises. Summarizing the contribution made by Henry Giroux’s Neoliberalism’s War on Higher Education, Sherry Wolf explains that for today’s neoliberal ruling class, “it is not sufficient . . . to merely cut budgets and denigrate conditions of intellectual labor and learning. The neoliberal state must snuff out creativity in order to obliterate society’s capactiy to dream of alternatives.” Finally, Ian Angus, editor of the journal Climate and Capitalism, reviews two new books that each in their own way debunk the idea that there can be a “green” capitalism capable of solving our environmental crisis.