Skip to main content
Race and Class
A response to a response
By Tithi Bhattacharya and Lance Selfa
Issue #98: Debates 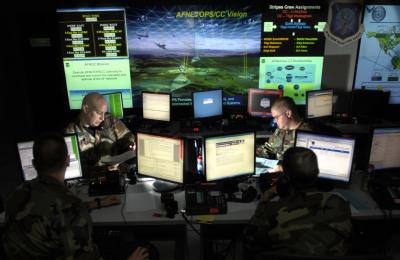 We welcome Deepa Kumar and Arun Kundnani’s response to the critical comments we raised about their original essay, “Race, surveillance, and empire” in the ISR Issue 96. Their response is clearly an effort to rejuvenate a much-needed culture of comradely discussion within the revolutionary Left.

This conversation about race, class, and capitalism obviously needs to develop more broadly (for instance, including other historical contexts than just the United States) and rigorously, and we hope this conversation will elicit such essays in the pages of the ISR and elsewhere. We will, however, limit our response to Kumar and Kundnani to one issue alone, that of the thorny problem of white working-class racism. We choose this issue deliberately because we see this as being one of the chief fulcrums on which Kumar and Kundnani’s original essay was based and one that they further emphasize and defend in their response.

Very briefly, Kumar and Kundnani charge us with being too narrow in our perception of racism as a tool of capital to assist the process of accumulation and manage class conflict. They start by saying that if racism was merely a tool to divide the working class, what explains the genocide of Native Americans “before there was a potential working class to be ‘made or unmade’”? This is again, getting the idea-cart before the historical-materialist horse. The genocide of Native Americans, by English settlers and other Europeans before them, went hand-in-hand with the “primitive accumulation” of capital in North America that created a working class. Racism against Native Americans had to be created to justify the land grab, genocide, and colonialism, not the other way around. The historical record thoroughly supports our argument.1 Similarly, racism against African slaves, whose devastated lives and labor formed the basis of capitalism as a system, developed as a justification for their exploitation.

Let us start with how Kumar and Kundnani frame their argument in their own words:

No doubt at specific moments, racialization occurs in something like that fashion. We cite Theodore Allen’s analysis of Bacon’s Rebellion as one such example. Yet can such an instrumentalist analysis really account for the sheer pervasiveness and depth of racism under capitalism? We would argue that to view race as a capitalist “tool” to divide the working class reduces racism to a kind of conjuring trick consciously deployed by the ruling class in response to working class solidarity. In a debate with Bill Mullen, Keeanga-Yamahtta Taylor makes a similar point when she states that it is not enough only to emphasize the racist ideologies cultivated by the ruling class; we also need to examine the conditions that lead to acceptance of these ideologies. She points to various benefits granted to whites, from better healthcare to housing, and argues that the “mixed and uneven consciousness of white workers is not just ideological, but is rooted in material reality.” Indeed, any effective political opposition to US racism has to begin with a frank recognition of such material racial inequalities.

Kumar and Kundnani’s main objection is that we see racism as a ruling-class “tool.” This, according to them, brings us close to repeating formulations of the “old Left” (presumably one which had very little to say about racism and multiracial struggles) and whose “thinking has been historically devastating for the Left.” Since this is a fairly serious charge it is worth examining.

Second, there is a false evocation by Kumar and Kundnani of “material conditions” in delineating the racist “ideology” of white workers. If, as we argue, racism is a tool forged and shaped by the ruling class, how will it work on white workers? Surely racism is not ruling-class “propaganda” alone. If it is an ideology, which it is, it must also have material basis. So in order for it to be an effective tool, it has to be used not just to sculpt ideas of white workers but to sculpt, or create anew, social conditions which will then provide backing, and continued sustenance, to such ideas. Elaborate policies that socially reproduce racism at state and civil society levels have to exist for white workers to believe in the mythology that is racism. So while Kumar and Kundnani imply that we do not have a “frank recognition of such material racial inequalities” we argue that such material racial inequalities—redlining, employment discrimination, the “new Jim Crow,” welfare racism, etc.—are precisely how this ruling-class tool works. And in doing so, it actively breaks up, or does not allow to develop, multiracial communities of habitation, practices, or social relations of cooperation and solidarity.2

By its nature, capitalism puts workers in competition with each other for jobs, housing, education, and government assistance. This competition provides the material underpinning for the acceptance of racist ideas. Marx’s brief remarks about anti-Irish prejudice among English workers is instructive:

The ordinary English worker hates the Irish worker as a competitor who lowers his standard of life. In relation to the Irish worker he regards himself as a member of the ruling nation and consequently he becomes a tool of the English aristocrats and capitalists against Ireland, thus strengthening their domination over himself. He cherishes religious, social, and national prejudices against the Irish worker. His attitude towards him is much the same as that of the “poor whites” to the Negroes in the former slave states of the U.S.A. The Irishman pays him back with interest in his own money. He sees in the English worker both the accomplice and the stupid tool of the English rulers in Ireland.

This antagonism is artificially kept alive and intensified by the press, the pulpit, the comic papers, in short, by all the means at the disposal of the ruling classes. This antagonism is the secret of the impotence of the English working class, despite its organization. It is the secret by which the capitalist class maintains its power. And the latter is quite aware of this.3

But is racism produced both above and below? Here we disagree strongly both with the idealist bent of this argument as well with its political implications. For the white working class to be capable of producing such a powerful mythology such as racism and sustaining it materially (surely Kumar and Kundnani will agree that all effective ideologies need a material basis?), white workers will have to play an integral role in the capitalist system of directing accumulation and the capitalist state. They will have had to have a historical say in how housing policies are/were thought up and implemented, how benefits are/were distributed or wages determined. To accord such a role to the white working class is patently absurd.

Finally, this brings us to the really important question, the relationship between social relations (material) and ideology (ideas). If, as we maintain, material relations created by the ruling class—in wages, housing, benefits—sustains on the ground the mythology of racism created at the top, then one implication of this pattern is that logically there is no way out of white racism. Since material conditions will have to change for ideas to change—how can those conditions change if vast sections of white workers refuse to assault those conditions because of racist ideas? We are back to yet another kind of tautology. Thankfully both Marxist theory and the historical record of the working class show us a way out of this.

Bill Mullen’s argument against white skin privilege was important precisely because he introduced into this bind the vital and key ingredient of class struggle. In conclusion we will take up two points that we think are essential to understand this bind. One, the nature of capitalist reality and two, the role of class struggle.

First, the crucial way to clarify this material reality vs. ideology bind is that as Marxists we understand that the social “reality” capitalism presents us with is not unreal, or untrue, but an incomplete or partial truth. It appears as the “very Eden of the innate rights of man. There alone rule Freedom, Equality, Property and Bentham.” Indeed, it obscures a deeper, more fundamental truth in the “hidden abode of production”—which is that the motor of social reality is not freedom or equality, but inequality and exploitation.4

It is important to think through carefully Marx’s claim about capitalist reality being only a partial truth. Kumar and Kundnani’s argument about “material reality” comes close to a Feuerbachian concept of material relations that posits a direct correspondence between a subject’s social “circumstances and upbringing” and their consciousness. Marx’s own criticism of Feuerbach’s argument was that it was a “counsel of despair,” in that it reproduced the reality vs. ideas bind where (racist) reality would produce (racist) ideas in a nightmare cycle of inescapable repetition.

In direct opposition to this method Marx argued:

Why does Marx urge us to understand change “only” as revolutionary practice? Because we cannot simply claim that white workers (in the case of racism) are automatically capable of breaking through the superficial capitalist reality and grasping the totality of capitalism in a class conscious way.  As Ian Birchall reminds us:

It is not enough to proclaim that it is possible for individuals to break with the dominant ideology; we have to explain how and in what material circumstances the break is possible. Otherwise becoming a revolutionary would be a matter of pure will, and building the party would be a question of moral exhortation.6

Enter class struggle, or as Marx puts it, the singularity of “revolutionary practice.” Tad Tietze in his defense of Bill Mullen’s article astutely forefronted a clear Marxist argument about this agentive relationship between social being, social consciousness, and revolutionary activity:

Bill’s list of instances of Black and white unity against racism is so important. . . because it highlights how practical activity can destabilize structurally shaped racist ideas, whether or not the protagonists are initially conscious that is what they’re doing. It is precisely because capitalism (including the oppressive hierarchies it promulgates and relies on) is not in fact a set of impersonal structures, but of living human beings acting in the world in determinate relationship to each other, that it is inherently contradictory and therefore also produces contradictory consciousness.7

To underscore this point, we can observe the impact of the Black Lives Matter movement, which has begun to shift white attitudes on race relations and the police in a positive direction.8

There is theoretical work to be done to establish the specific filaments of connection between the level of exploitation (appropriation of surplus value) and the various historic instances of oppression (race, gender, sexuality, nationalism, ability). The key to such theoretical advances, however, are to be found in the cues that historical materialism provides us and also in the streets—in the history of struggles past, and in struggles that are yet to be, as a multiracial global working class learns to combat capital.