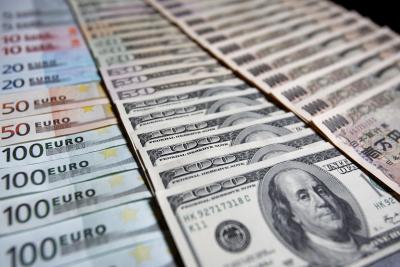 The slowing world economy dominated the annual meeting of the International Monetary Fund (IMF) and World Bank in October as economists worried about the growing risk of a new economic crisis even as the system continued to struggle with the effects of the Great Recession of 2007–2009. While the stock market crash, the economic slowdown in China, and the collapse in oil, mineral, and other commodity prices captured headlines, the business press noted that the US economy, a bright spot among the advanced industrial countries, was in its weakest recovery since the 1940s. Even a quintessentially mainstream figure like former Treasury Secretary Lawrence Summers warned of “secular stagnation”—an extended period of weak growth—as he sounded the alarm about the threat of deflation.

It is, of course, impossible to predict when the next recession in the rest of the world will take place or how severe it will be. But because the world economy has yet to fully recover from the trauma of the last crash, the social and political impact of even a milder slump will be great. A recession will accentuate economic inequality, heighten class conflict, and sharpen international political and military clashes. At the same time, however, the specter of crisis created new opportunities for the socialist Left to get a hearing for an alternative to capitalism—and to build the resistance.

To be sure, the global economy was in late 2015 still growing at around 3 percent, according to IMF statistics. That was a far cry from the actual shrinkage that took place in 2009. Even so, the slowing Chinese economy was already causing havoc in countries that have prospered by exporting oil and other commodities.

The most spectacular collapse came in Brazil, where a combination of the Chinese slowdown, falling oil prices, and a corruption scandal in the huge state-owned oil company has led to a budget deficit and a 25 percent plunge in the value of the country’s currency, the real. An economy that just a few years ago seemed set to emerge as a global powerhouse is now in its worst recession since the Great Depression of the 1930s. Canada, another oil raw material exporter, tipped into recession, and Australia—a country that has experienced a robust mining-driven boom for more than ten years—appeared to be following suit.

The fact that even a slowdown in China could derail such big industrial economies highlights just how dramatically the world economy has been transformed since the 1990s. But by 2014, China was responsible for 12 percent of world GDP at market exchange rates, up from 2 percent in 1995. According to the IMF, China led the way as the so-called emerging market economies accounted for three-quarters of world economic growth in 2014. A slump in China is therefore felt around the world.

China’s new clout is the outcome of the 2007–09 crisis and the strategies that the capitalist class around the world used to try to overcome the crisis. The meltdown was centered on the United States, as a recession caused an avalanche of bad debt tied to mortgages. The government responded by guaranteeing all financial transactions and effectively nationalizing the banks through the Bush administration’s $700 billion Troubled Asset Relief Program (TARP), followed by the $787 billion stimulus program of Barack Obama.

But the really big money came from the Federal Reserve. Since 2009, banks have been able to borrow money from the Fed at 0.25 percent interest, and then turn around and loan money back to the government by purchasing Treasury bills that paid around 2.5 percent. This was a backdoor bailout that restored a restructured banking sector to profitability. The Fed itself also bought up US Treasury bonds, along with all kinds of mortgage-backed securities that no private investor wanted. This was known as quantitative easing, or QE. The result was a dizzying $3 trillion expansion in the Fed’s balance sheet, which served as a colossal stimulus program.

As the United States moved to rescue its own—and, by extension, the world’s—financial system, the Chinese ruling class launched its own $635 billion stimulus program that accelerated an already breakneck pace of industrialization and infrastructure development. One indicator of the scale of this growth is that China used more cement between 2011 and 2013 than the United States did in the entire 20th century.

The result has been tremendous overcapacity in eighteen industries, according to Chinese officials. Excess steel capacity in China is estimated at 300 million tons per year. By comparison, total US steel output in 2014 was eighty million tons. Bloomberg News reported earlier this year that in China the problem of overcapacity “extends far beyond steel, afflicting aluminum, cement, coal, solar panels, and ship-building.”

Alongside this stimulus came a vast expansion of credit. China’s total private and public debt is now 282 percent of its gross domestic product—a lower percentage than the United States, but unprecedented for a newly industrialized country. The unregulated $2 trillion Chinese shadow banking system is bigger than the entire Russian economy. One consequence was that the money supply in China expanded faster between 2007 and 2013 than the rest of the world combined.

Thus China’s slowdown had a double-barreled impact: the stock market and the shadow banking system could expose the world financial system to a new crash. And the vast expansion of Chinese industry has created downward pressure on prices worldwide.

It’s a classic crisis of overproduction—one that Karl Marx would recognize from the vantage point of a century and a half ago. As early as 1848 he noted the periodic crises of capitalism, writing, “In these crises, there breaks out an epidemic that, in all earlier epochs, would have seemed an absurdity — the epidemic of over-production.”

In response to these global gluts, countries scrambled to get what meager economic growth was available by devaluing their currencies. These moves recall the currency and trade wars of the 1930s, which were the precursors to a real war that engulfed the planet.

Europe is getting in on the trade war, too, through the European Central Bank’s (ECB) program of quantitative easing. The ECB is following the US Fed’s example in basically printing money—pumping the equivalent of $1.2 trillion into the system. The move marks a partial reversal from the Germany-driven austerity program that followed the stimulus spending of 2009.

The aim is to get the sclerotic European economy growing again, except, that is, for Greece, which has had to go through agony as a condition of getting financial bailouts that were really aimed at aiding Greece’s creditors among the European banks. After the left-wing Syriza government knuckled under to Berlin and agreed to sign a third memorandum of austerity, the misery will grow worse. According to Citigroup analysts, Greece, which has already seen its economy contract by 25 percent since 2009, will suffer an economic contraction of 2.4 percent in 2015 and 3.7 percent in 2016, thanks to the extortionate terms imposed on it by Germany and its lackeys in the EU.

From the standpoint of Germany and its allies, Greece must undergo social catastrophe in order to discipline the rest of Eurozone countries. Since its creation in 1999, the euro—the common currency used by eighteen European countries—has been a great deal for Germany. Since the euro was valued significantly below what Germany’s old currency, the deutschmark would have been, it effectively lowered the cost of German exports. Bringing peripheral economies like Greece into the Eurozone allowed the Greek government and consumer’s access to lower-interest loans initially—which helped finance German exports to Greece and the rest of the Eurozone and beyond. At the same time, German corporations cashed in by expanding into lower-wage countries in Eastern Europe.

In 2014, Germany had a trade surplus of $244 billion—even bigger than China’s, and a remarkable level for a developed country. US treasury secretary Jack Lew publicly criticized Germany for running a huge surplus, using the same terms that Washington uses against China for dumping steel at below-market prices. Now, with US-style quantitative easing, the Europeans aim to keep the euro competitive amid slow growth or a new slump.

Back in the United States, the Obama administration touts the US recovery as the envy of the industrialized countries. And compared to most big European countries as well as Japan—where the economy has been depressed since the early 1990s—the United States does appear strong. That recovery has been on the backs of working people. This has been done directly, as in manufacturing, as Corporate America followed the auto industry in cutting pay and benefits through concessionary union contracts, or simply imposing them on many of the 90 percent of workers in the private sector who have no labor representation.

Today, US manufacturing workers, who once earned higher-than-average wages, are now paid 7.7 percent less than the median wage. One in four factory workers earn less than $11.91 per hour. As usual, institutional racism and the oppression of women play a central role in driving wages down. Some 42 percent of all US workers earn less than $15 per hour. More than half of African-Americans are in that category, as are 60 percent of Latinos. Among women of all races, 55 percent are paid hourly wages below the $15 mark.

Wages have been cut indirectly, too. Small raises have often failed to keep up with even the low rate of inflation since the early 2000s. As David Wessel of the Brookings Institution pointed out, typical male workers’ wages were lower in 2014 than they were in 1973, once inflation is taken into account, even though output per worker has increased 2.5 times since then.

Moreover, the benefits of recent US economic growth have been entirely grabbed by capital at labor’s expense. From around 1950 to 2001, labor’s share of national income stayed near an historical average of 62 percent. But by 2014, it had dropped to 56 percent. That may not seem like a big swing, but in a nearly $18 trillion US economy, it’s an enormous shift.

At the same time, between 2009 and 2012, the richest 1 percent saw their real income soar by 34.7 percent while the bottom 99 percent saw only a 0.8 percent gain. In other words, more than 90 percent of all real income gains went to the top 1 percent. The Occupy movement, which popularized the slogan “We are the 99 percent,” was right on the money—literally.

On top of all this comes the tremendous hit to working-class wealth, which is almost exclusively tied to the value of homes. Since September 2008, some 5 million homes have gone into foreclosure. Even today, some 15 percent of homeowners whose houses are valued under $200,000 are “underwater,” meaning they owe more on loans than their homes are worth.

All these trends are shaping politics in the United States and the world. In 2009, Washington and its counterparts in Europe were able to stabilize the system at its core. But the political polarization created by the economic crisis continued years later, from the revolutionary Arab Spring of 2011 to the brutal counterrevolution in the region that’s led to civil war and the worst refugee crisis since World War II.

In the advanced countries, persistent economic weakness has spurred the rise of anti-immigrant and far-right parties on one side and a certain electoral revival on the left in Greece and Spain. Even Britain’s Labour Party, the paragon of the center-left version of neoliberalism, has seen a revival of the left. And in the United States, the socialist Bernie Sanders has caused consternation in the Democratic Party by attracting big crowds to his speeches denouncing the “billionaire class.”  The mainstream political parties around the world will do their best to contain popular discontent even as they scramble for a way to escape the looming crisis. Socialists will have to rise to the challenge.